comic documentation of a protest march against colonial street names in Munich: DECOLONIZE München, walking around side streets and listening to historical backgrounds not commonly know enough.www.annaheger.de/decolonize/ 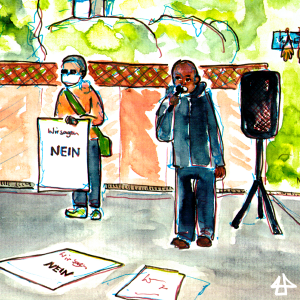 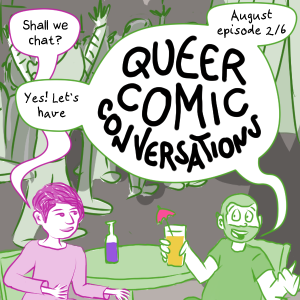 +++loving reminder to put pronouns in your bio+++

By doing that, you create a safer space for LGBTIQA+ people, cause you normalize the fact that I can't guess your pronouns from your profile picture or your name.

If it’s safe for you, put em out there!

I do agree with you a lot, but this also increases pressure to out one’s gender on social media, like misgender myself when I cannot be out and pressured to pick on when I am questioning.

Even in pronouns workshops I took out the part where people say their pronouns, as those are not needed because once can adress others directly. Several nonbinary and trans spectrum people came after to thank me specifically for that.

This was not about me doing me or you doing you, but how a general recommendation can end up being hurtful. Also, it was about creating space for others. I see how your recommendation can be a good thing and encouraged people to name their pronoun if they wanted to.

trans comic reading recommendation for “Gender Queer – A memoir” by Maia Kobabe, about growing up and coming out as nonbinary and asexual, sweet storytelling and theory, more comics on the trans spectrum at annaheger.de/transcomics-en/ 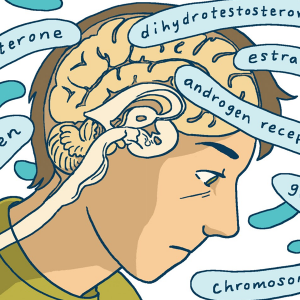 Queer Comic Conversation, in 3.5 hours, Markus Pfalzgraf interviews me and Sam Orchard on #CSEDigital via http://live.flyp.tv/stadt-erlangen/csedigital/ 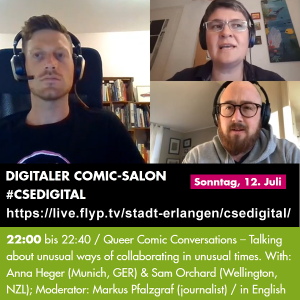 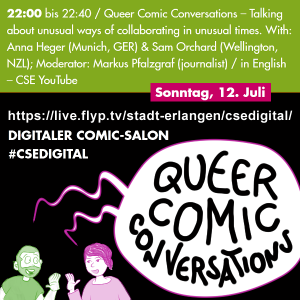 A reply to two tweets:

The German artist, Illi Anna Heger, has an interesting take on neutral pronouns for the German language.
So, if you're German, I'd recommend reading it!⬇️https://t.co/zD6xjTwoaq

interesting read! I've heard of people use these before and while I'm happy they found a solution for themselves, I can't help but feel it may be more universally acceptable to avoid combining sie+er & make a new pronoun to have it avoid sounding more like one or the other… idk

Thanks for linking to my takes on gender neutral grammar. The project started with merging the existing pronouns, that is right. Then the focus shifted to getting it to work within existing grammatical structures in German.

Changing the first letter to “x” was suggested by a reader and when I implemented it, the pronouns became something beyond a mix of the conventional binary pronouns.

I find something easy, so with the word eindings I stuck the questions you ask to ascertain the grammatical cases, “wer”, “wessen”, “wem”, “wen”. So the new proun ended up having male word endings, really.

The remaining part of the new pronouns, the root “xie” can actually be changed to anything one could want and then have the endings I created. Recommendations for different roots are very welcome and then tested for easy usage.

I really do love the x at the beginning for its mathmatical variable meaning. But then at least two forms are needed anyways, one for everybody without gender marker and one specifically for nonbinary people with their gender marker.

I am open to discussing xier pronouns and their usability, because I soon want to take time to issues version 4.0. with some changes and more grammatical background.

“Theory of the eggplant” is a comic on my nonbinary identity and how it intersects with orientation. Find the full comic at annaheger.de/minicomic03ecolor.
I started including detailed scripts with my comics to make them accessible to screen readers, so my audience can access them with speech synthesizer or braille display. Do you make screen readable comics as well? I would like to hear about your experience with translating visual to text based content. 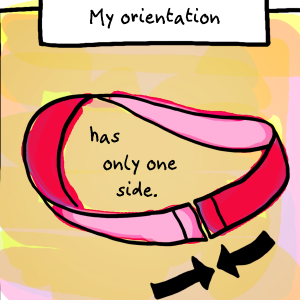