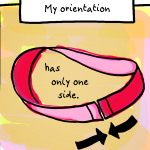 Minicomics are short comics. Online 12 to 20 panels are arranged on one page. Printed each panel is on a page, the size of a pack of condoms. 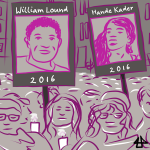 Starting in July 2020 once a month a new episode is uploaded of Queer Comic Conversations. 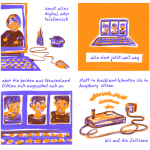 Comic: Close by 2020 is a one pager, that created to be printed risographically. 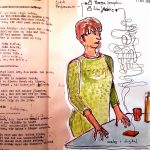 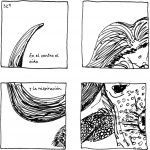 Comic illustrations for the spannish poems from the series El Despertar by Vladimir García Morales.