The English translation of this comic can be found underneath the comic. This comics deals with friendship dynamics of two different friendships that I combined. Pronouns are not used at all. Instead little symbols in the form of t-shirts are used: [o] and [w] are used in the translation. 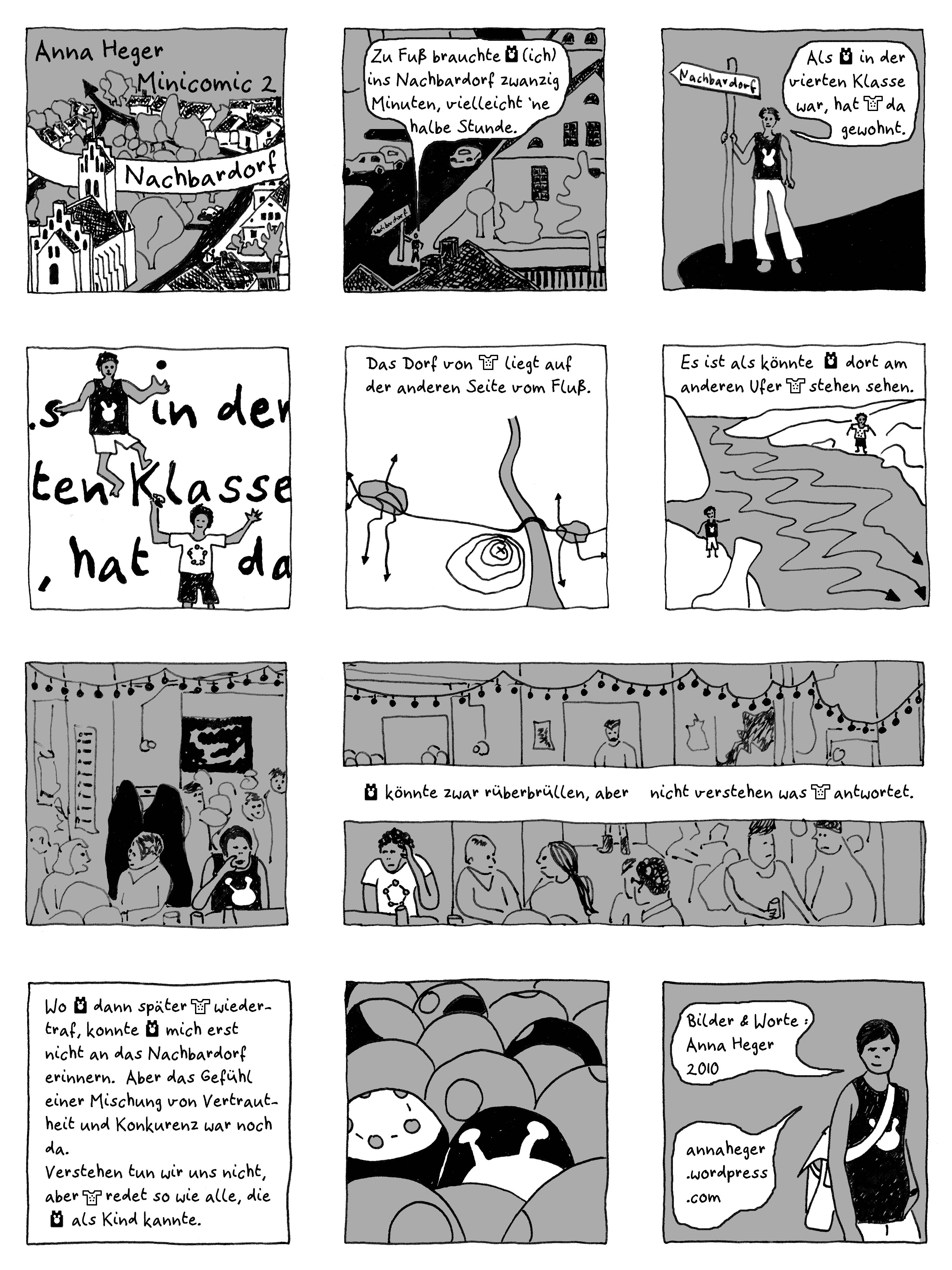 #7+8 [o] would scream something, but not be able to understand ‘s reply.

#9 When [o] met [w] years later, [o] did not think of the next village right away, but noticed a mixture of closeness and competition between us. We do not understand each other, but [w] talks the way everybody did when [o] was a kid.