This comics deals with friendship dynamics of two different friendships that I combined. Pronouns are not used at all. Instead little symbols in the form of t-shirts are used to indicate the two main characters, one white, black. Below the visual Comic find a text-based version, Screenreadable Comic Version. 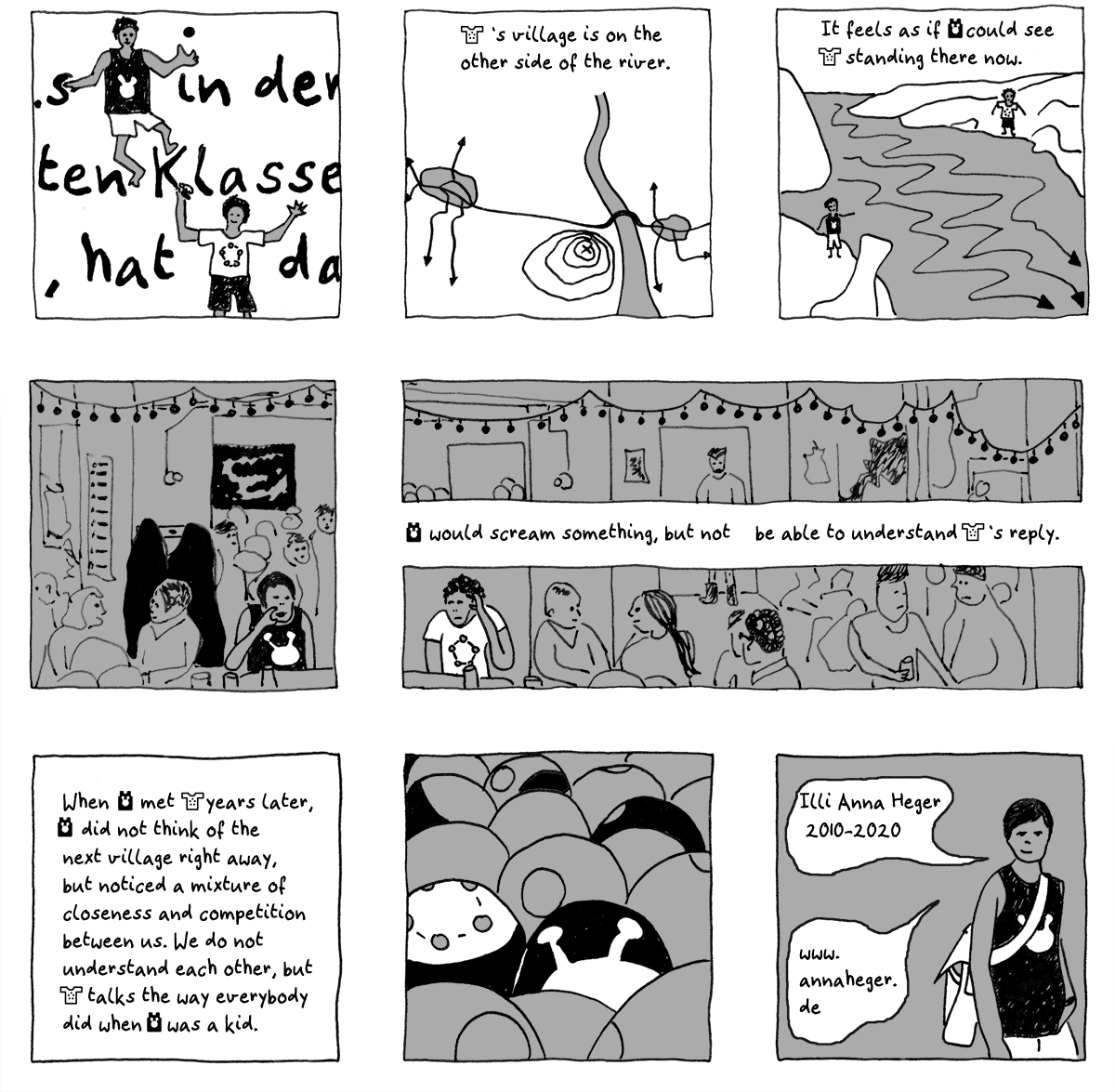 In the next village.

Bird’s eye view of a village. The main street splits in two to surround a simple church and the trees in front of it.

I stand at the corner of a side street: “I only needed 20 minutes or maybe half an hour to walk to the next village.”

I hold on to the post of the direction sign reading “Next Village”: “When I was in fourth grade they lived there.”

Instead of the singular pronouns “I” and “they” the text visual symbols of a white and a black shirt. Then the text is zoomed in very much. The letters are as big a people and instead of the shirts the two main characters stand between the letters.

“Their village is on the other side of the river.”

An abstract map shows how the road connecting the two villages, crosses an river.

“It feels as if I could see them standing there now.”

Both main characters stand at opposite edges of the fast river. There is no bridge any more.

“I would scream something, but not be able to understand their reply.”

Both of us are now in a very loud bar. I try to shout over the noise to them in their corner. They look back at me blankly.

“When I met them years later, I did not think of the next village right away, but noticed a mixture of closeness and competition between us. We do not understand each other, but they talk the way everybody did when I was a kid.”

In the midst of many gray billiard balls, a white and a black one are next to each other.