Why do they need to be screenreadable?

Pixilated online comic are not accessible to everybody. A screen reader is unable to read out text from image files in .jpg format. A screen reader is a tool that converts text and HTML structures into a form accessible for readers using a speech synthesizer or a braille display. The output is acoustic or tactile. People that surf my website with speech synthesizer or braille display would not have access to the comics. How can I change that? 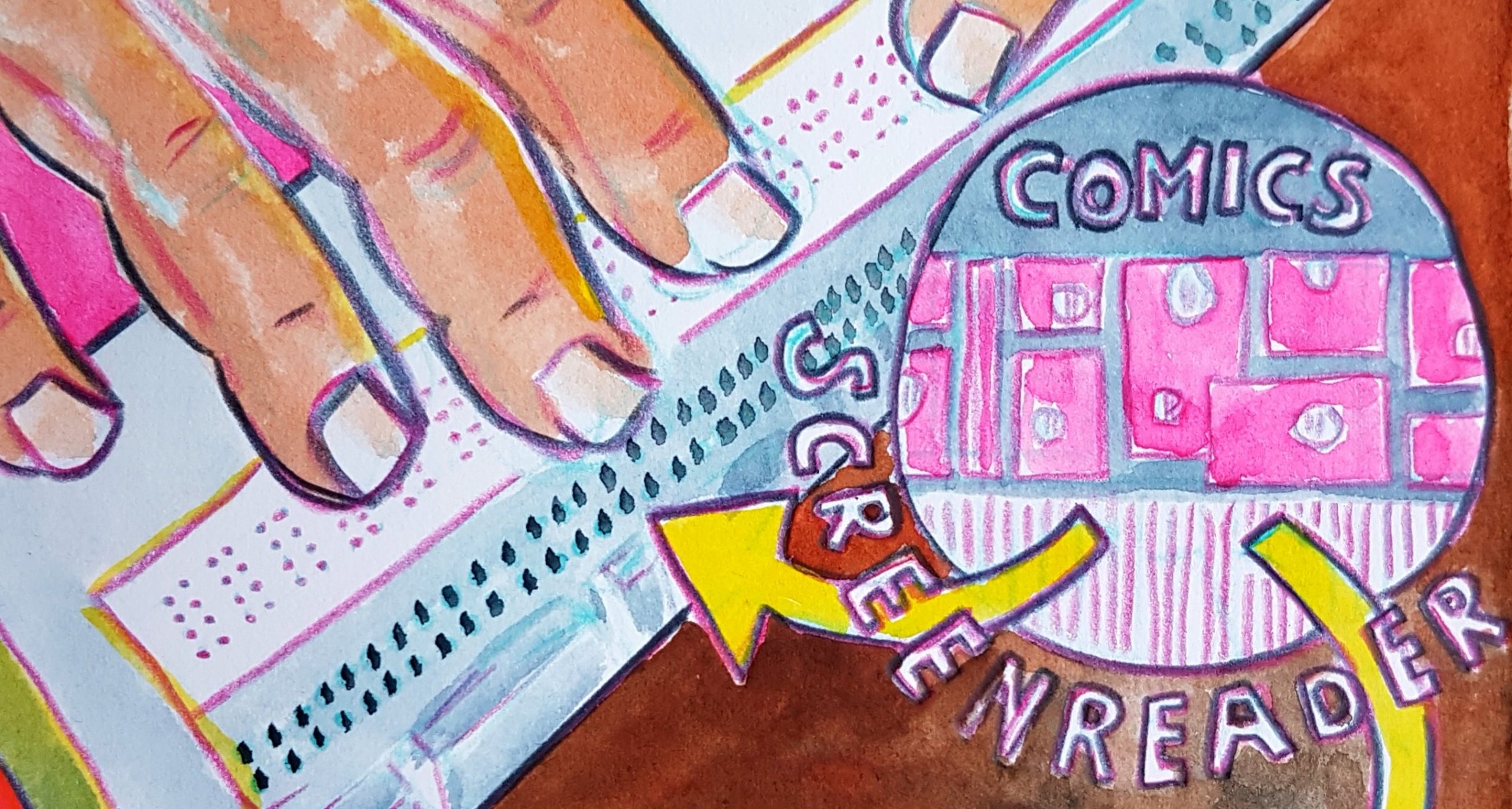 Comics are a very visual medium. Text and visuals coalesce to something new. Visuals enable many people to pick up knowledge more easily. For me this is the case, I love comics about history, activism or politics. Many of my own comics transport activist ideas into my intersecting communities. Currently, there is not much content available on nonbinary trans topics. I get a lot of happy feedback for my work on those topics. This makes it even worse excluding people that use screen readers from my comics.

How am I implementing screen-readable comics in my webpages?

What about giving access to the text in the comics only. That would be the quickest approach, but the text works in unity with the visuals. Without the visuals it would be a boring read. I decided to include description of the visuals. This reads like a theater script of a play. I am labeling the comics with the hashtag #ScreenReadableComics. The searchability of the comic text is another advantage of the transcript. In another article, I am talking about more aspects of the art of transcribing comic and a workshop.

I was considering different place to put the transcription. Single images can be annotated using ALT texts, a HTML element of online image display. They are character restricted and not feasible for comics. LONGDESC another HTML elements allows for longer descriptions, but isn’t recognized by all browsers. I decided to mention the description in the ALT text and place the text based comic on the same web page as the comic with early jump marks there for people reading with screen reader tools.

New comics are posted with a tandem of text based and visual comic version. I am currently working on providing missing screen readability for older comics. Following a list of available screen-readable comics in English (German screen-readable Comics).