When I started this list of trans spectrum comics, there where much fewer comics around then nowadays. Back in 2014 I was focusing on web comics, but now I will also share printed comics, that I read and loved. I collected comics about people from all over the trans spectrum: trans women, trans men, nonbinaries, genderqueer people and beyond.

Some of the comic artists write from their own perspective, some are cis people that centered their stories on people from the trans spectrum. I indicated the identities of the artists, please let me know about any errors you notice. Here you will find the collection of English comics and there is also a German collection.

by Viima Äikäs (trans man, he made the comic when he explored if he could be non-binary)
autobiographical
2020, self-published, link to authors twitter for the zine
A comic of the struggles with being nonbinary and life while growing up. 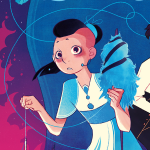 by Niki Smith (cis woman)
about Grayce (trans woman)
2020, ISBN 978-3-9341-6785-8, link to authors page for the book
A queer fantasy young adult comic on religious spinning, storytelling, avenging ones family and transitioning into being a girl.

My Dad thinks I’m a boy 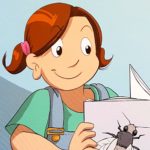 by Sophie Labelle (trans woman)
about Stephie (trans girl)
2020, ISBN 978-1787752214, link to publishers page for the book
A Trans Positive Children’s Book. Stephie is 7 years old. She likes bugs, books and spaghetti. Also, she’s a girl… which should be pretty easy to understand, right? Well, not for her dad! He’s been mistaking her for a boy since she was born and struggles to see her as who she is. 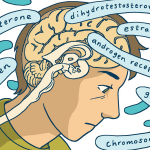 by Maia Kobabe (nonbinary)
autobiographical
2019, ISBN 978-1-5493-0400-2, link to publishers page for the book
A comic about growing up and coming out as nonbinary and asexual with a lot of sweet storytelling and a lot of theoretical input as needed. 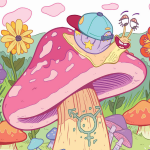 by Mady G. and J.R. Zuckerberg
2019 ISBN 978-1-6201-0586-3 , link to publishers page for the book
Magical forest creatures and talking snails observe queer and trans humans camping in the forest and provide queer and trans knowledge along the way.

by Dylan Edwards (trans man)
about several queer trans men
2012, ISBN 978-0-9845-9408-5, link to publishers page for the book
A comic with seven true stories of transgender men who also happen to be queer. 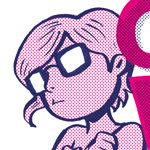 by Lena Dirscherl aka. BoPoLena (non-binary)
autobiographical
2020, self-published
A comic about contemplating one’s own gender identity. 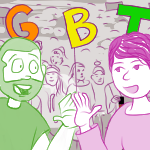 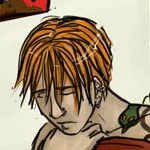 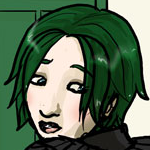 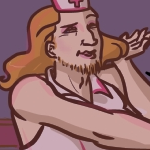 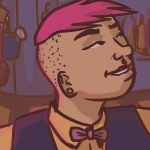 by Tab Kimpton (trans man)
about JD (nonbinary), Chris (cross dresser), start
When openly asexual Anwar Sardar gets dragged to a kink night by his (soon to be ex) best mate, JD; he is surprised to make friends with Chris Slate.

by Sam J. Orchard (trans man)
about himself
homepage

by Morgan Boecher (trans man)
about himself
homepage

by RH (genderqueer non-binary)
about other genderqueers and trans people
Examples 1 2 3 4, homepage

FINE a comic about gender

by Rebecca Gabriella B* (trans woman)
about herself and other people on the trans spectrum
example, homepage

by Tyler (trans man)
about himself
homepage

by Kylie (trans woman)
about herself
homepage