I get annoyed with the whining about quota of women on boards of private companies. One get the misleading impression there is only one axis of discrimination, that is sexism, but there is definitively more. I want to point at the 100% quota on the management level. This is what needs to be removed. The setup of the management floor is a symptom for how society is structured as a whole. Below the visual Comic find a text-based version, Screenreadable Comic Version.

This minicomic uses quotes from four tweets by KhaosKobold, Baranek, Enoerlee and Miinaaa, and cites a blog post by John Scalzi, “Straight White Male: The Lowest Difficulty Setting There Is”. 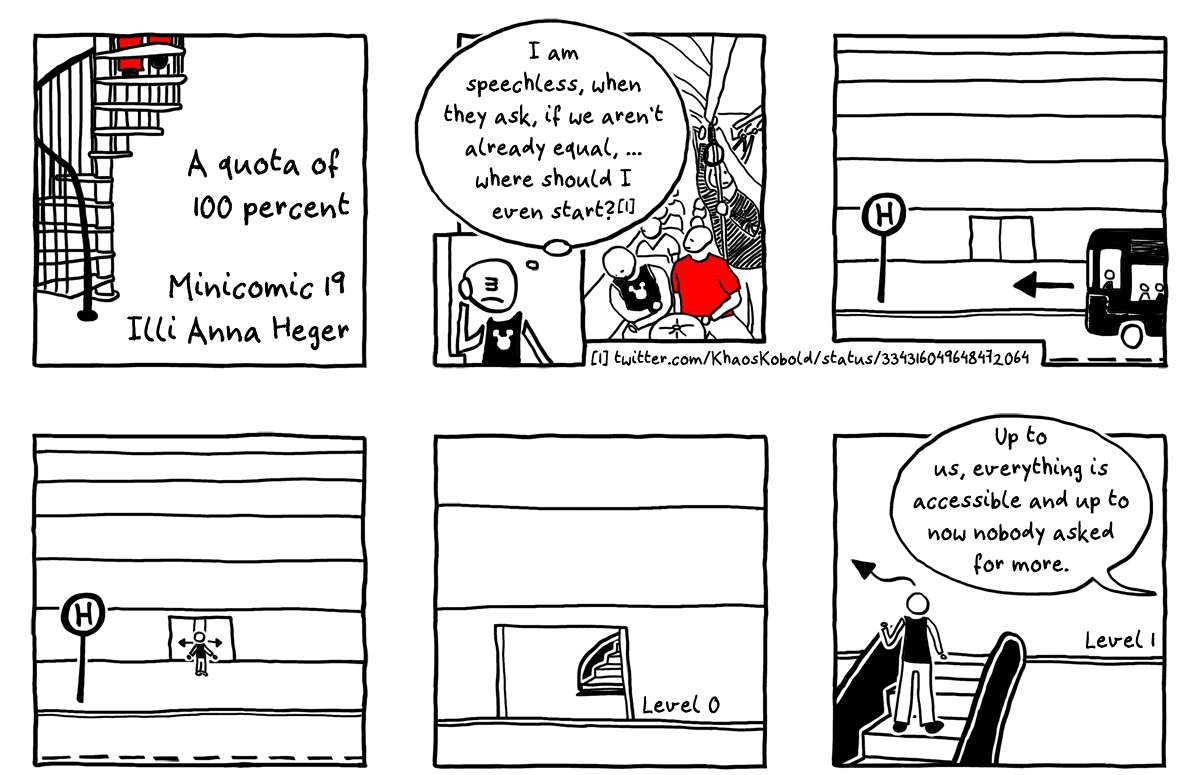 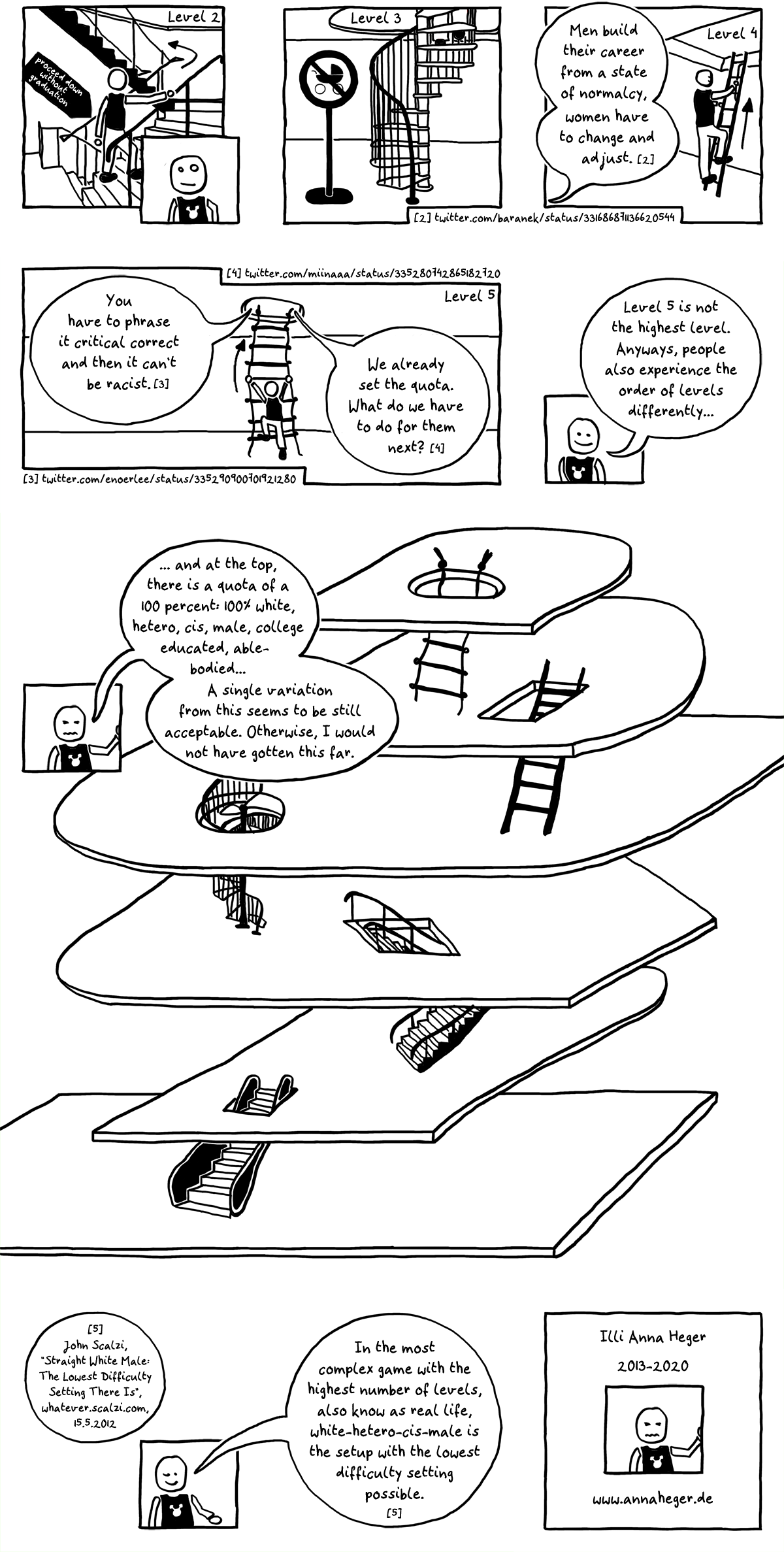 I am sitting in a crowded bus on my way to work. “When they ask, if we aren’t already equal, I am speechless, … where should I even start?” [1] ich think, listening to the conversations of my seat mates. I am grimacing exasperated and lean my head against the window.

The bus arrives at the bus stop in front of my company’s headquarters.

I walk to the entrance of the huge building.

Escalators lead from level 0 to level 1. As I reach the top, I hear somebody say: “Up to us, everything is accessible and up to now nobody asked for more.”

I enter the stair case on my way to level 2. There on the wall is a sign that points down stairs, it reads: “proceed down without graduation”. Wow, really.

At the spiral stair case leading up to level 3, is another sign: “Baby carriages prohibited here”. I am allowed to climb the stairs.

There is a tiny wooden ladder leading to level 4. I hear them from above: “Men build their career from a state of normalcy, women have to change and adjust.” [2]

From level 5 hangs a rope ladder out of its oval opening. I want to climb on and hear somebody upstairs say: “You have to phrase it critical correct and then it can’t be racist.” [3] and “We already set the quota. What do we have to do for them next?”[4]

Yes I know, level 5 is not the highest level. Anyways, people also experience the order of levels differently….

The five level pile up, one on top of the other like flying slices of cheese connected via tiny stairs, ladders and escalators. With an annoyed face I say: “… and at the top, there is a quota of a 100 percent: 100% white, hetero, cis, male, college educated, able-bodied… A single variation from this seems to be still acceptable. Otherwise, I would not have gotten this far.”

In the most complex game with the highest number of levels, also know as real life, white-hetero-cis-male is the setup with the lowest difficulty setting possible.[5] (John Scalzi, “Straight White Male: The Lowest Difficulty Setting There Is”, 2012)