I had always wanted a Minicomic illustrating my complex identity. In fact, I had been drawing dissected eggplants on pieces of scrap paper for a long time as a tool for explaining. So here it is. Below the visual Comic find a text-based version, Screenreadable Comic Version. 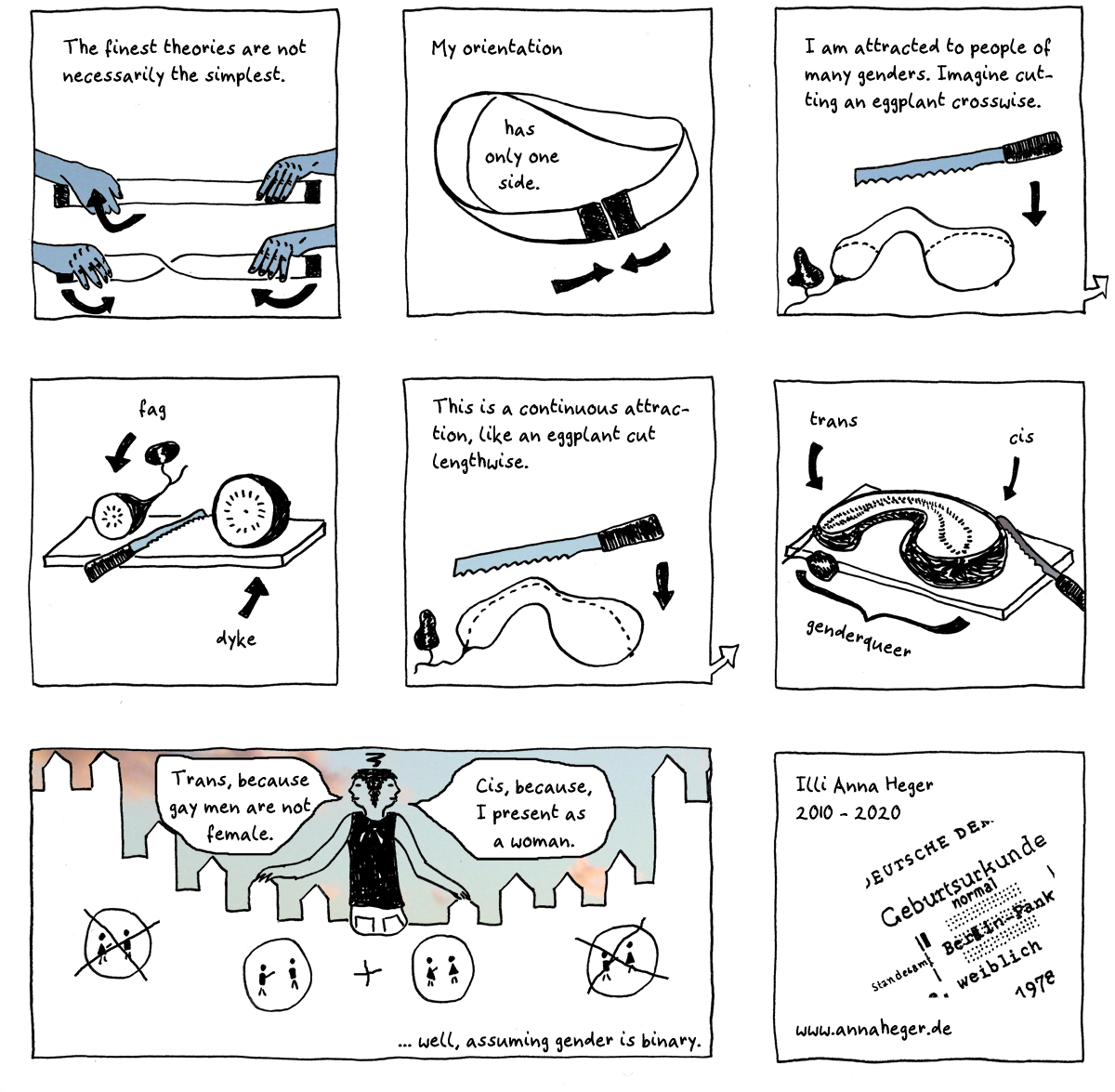 An eggplant with a single leaf sits on the ground.

I sit on a fence with a strip of paper in my right hand, holding on to the fence with the other. There are vines of eggplant against the fence.

I wear my favorite shirt, black with a white print that looks like the head of mickey mouse, but I know it is the outline of an alien. New experiences are better than old theories. Nevertheless, it is worthwhile committing old theories to paper. In theory, my orientation is bi and resembles an eggplant.

I take the strip of paper into both hands and twist one of its ends once.

The finest theories are not necessarily the simplest.

Then both ends are glued together, like a Möbius strip.

My orientation has only one side, like a Möbius strip.

I am attracted to people of many different genders.

The curved eggplant is cut across into three pieces.

The top third with the single leaf is labeled with the word “gay”.

The bottom third where the flower was, is labeled “lesbian”.

The middle third is labeled with “there is more in between”.

You can cut this eggplant the other way as well.

The curved eggplant is cut from top to bottom end into two pieces.

The two rows of seed run from the label “trans” across the eggplant to the label “cis”. Below “genderqueer” is written.

I still sit on the fence. I am seen from the back with the uncut eggplant under my arm.

Trans, because gay men are not females.

Cis, because, I present as a woman.

In closing, an image of my birth certificate is superimposed with a data sheet mentioning normal.

I want to thank Diflo for linguistic consultations for the transcript pertaining to parts of vegetables.