This was my very first MiniComic. The quote is taken from Judith Butler, from her book “Undoing Gender”, Routledge, 2004. There are more minicomics. Below the visual Comic find a text-based version, Screenreadable Comic Version. 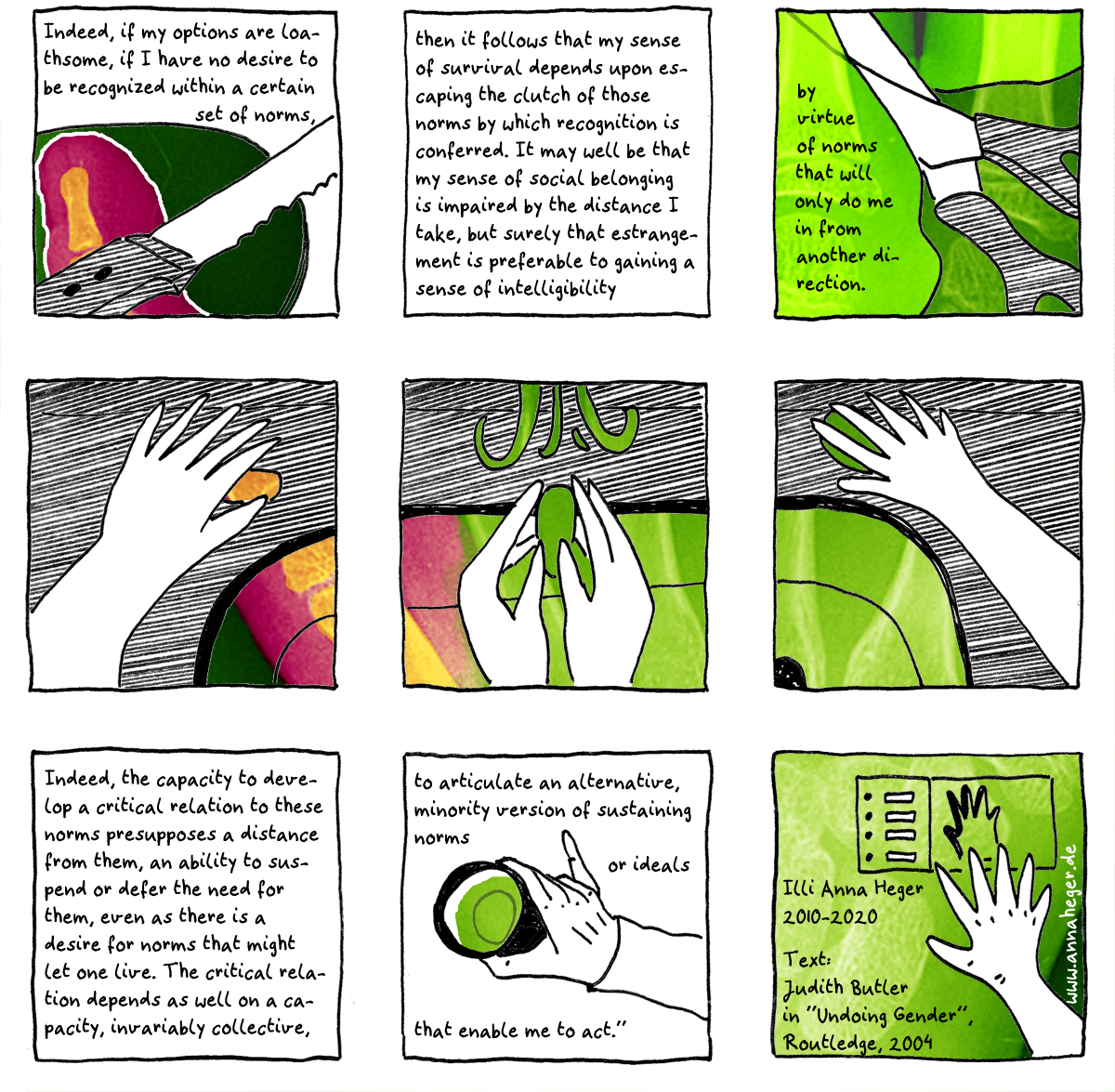 Throughout the comic, details of a x-ray photograph show through.

“There are advantages to remaining less than intelligible, if intelligibility is understood as that which is produced as a consequence of recognition according to prevailing social norms.”

Superposed on the x-ray, the bone structure of a hand appears. The hand has 6 fingers.

“Indeed, if my options are loathsome, if I have no desire to be recognized within a certain set of norms,”

A bread knife hovers over the smaller Finger of this hand.

“then it follows that my sense of survival depends upon escaping the clutch of those norms by which recognition is conferred. It may well be that my sense of social belonging is impaired by the distance I take, but surely that estrangement is preferable to gaining a sense of intelligibility,”

A pair of scissors cuts fabric which shines in the colors of the x-ray.

“by virtue of norms that will only do me in from another direction.”

The hand with six fingers picks up a piece of soap from the sink.

The human being washes their hands thoughtfully and slowly.

The human beings puts the soap down on the rim of the sink.

“Indeed, the capacity to develop a critical relation to these norms presupposes a distance from them, an ability to suspend or defer the need for them, even as there is a desire for norms that might let one live. The critical relation depends as well on a capacity, invariably collective, to articulate an alternative, minority version of sustaining norms or ideals that enable me to act.”

The human being holds a cup of green tea in their hand with with an elegantly stretched out little sixth finger.

The hand lingers over the touch pad for opening the door of a building. The touch pad as the form of a hand with five fingers.