After more than 5 years a new minicomic. The topic is happiness and it is inspired by talking to R.F. I always thought otters are the cutest animal ever. I strongly advise against googling the sex live of sea otters. 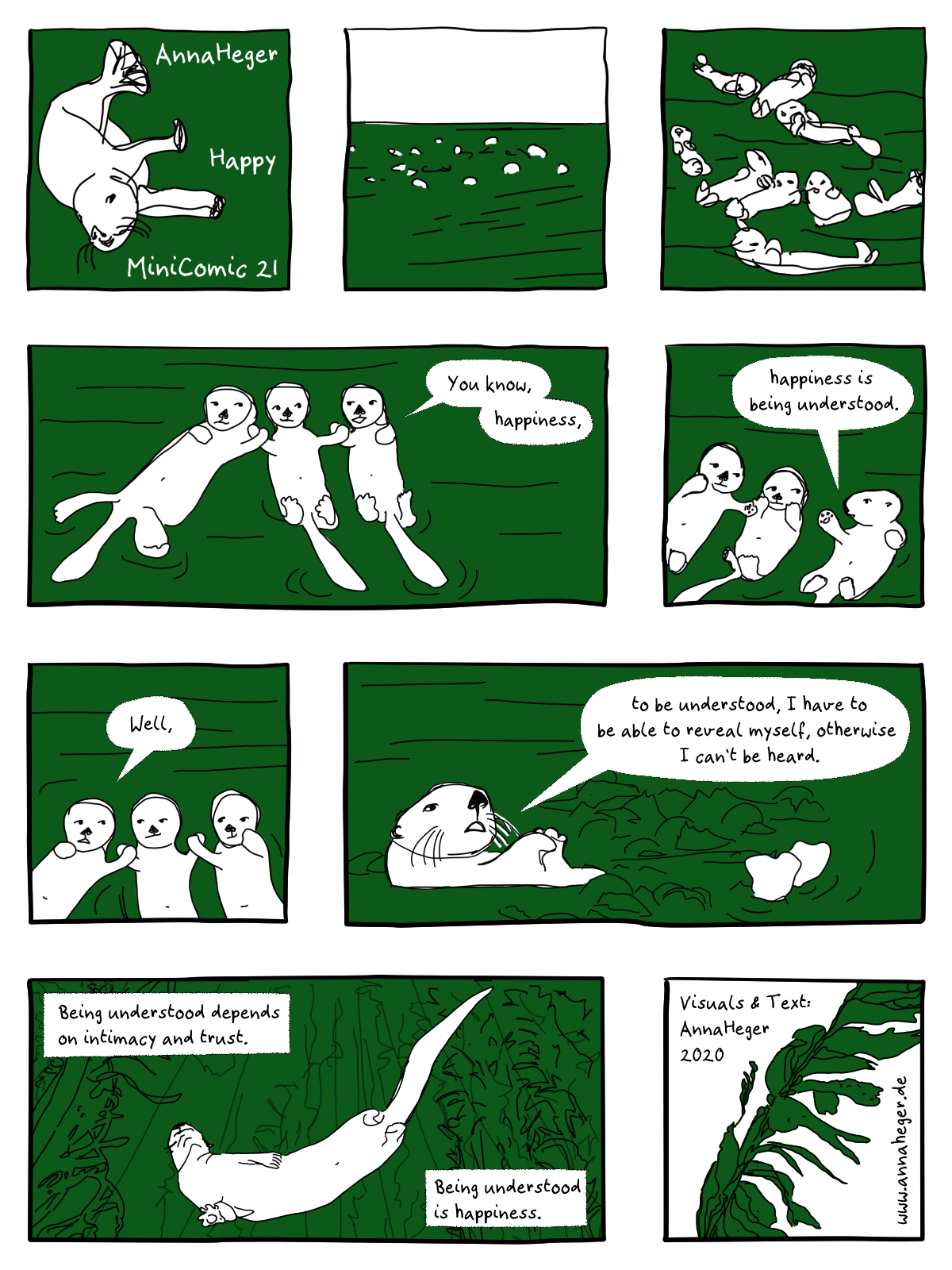 A big group of sea otter floats up at the sea surface.

Some of them old each other with their paws.

The otter on the right of three holding paws tells the others: “You know,

The other two turn their heads and she lifts a paw to stress: “happiness is
being understood.”

The one on the left replies: “Well,…”

She lets go of the middle one and rubs her paws together while continuing: “to be understood, I have to be able to reveal myself, otherwise I can’t be heard.”

Then she dives deep down between large sea grass.

Being understood is happiness.

Being understood depends on intimacy and trust.

A bunch of sea grass moves under water.