I did not make it on time in this 12th year of participating, but you see for yourself, I drew at least one panel per hour I was awake. Below the visual Comic find a text-based version, Screenreadable Comic Version.

END_OF_DOCUMENT_TOKEN_TO_BE_REPLACED

Background of the Comic

This Comic on the colonial history of Germany was first published in German for and at Literatur Portal Bayern. The narrator from Munich, walks through one of the streets of their town, Herero Straße. It was renamed twice, in 1933 and 2007. We follow them on their walk through the street and see their subjective view of historic events.

One needs to understand history to understand current events, like joint civilian efforts for the renaming those streets, which currently pay tribute to mass murderers and places of mass murder. And where colonial occupation of the African continent is concerned, the German Empire, constituted in 1871 was right up among the front runners. The visual version of this comic is followed by a text-only version available for screenreaders. 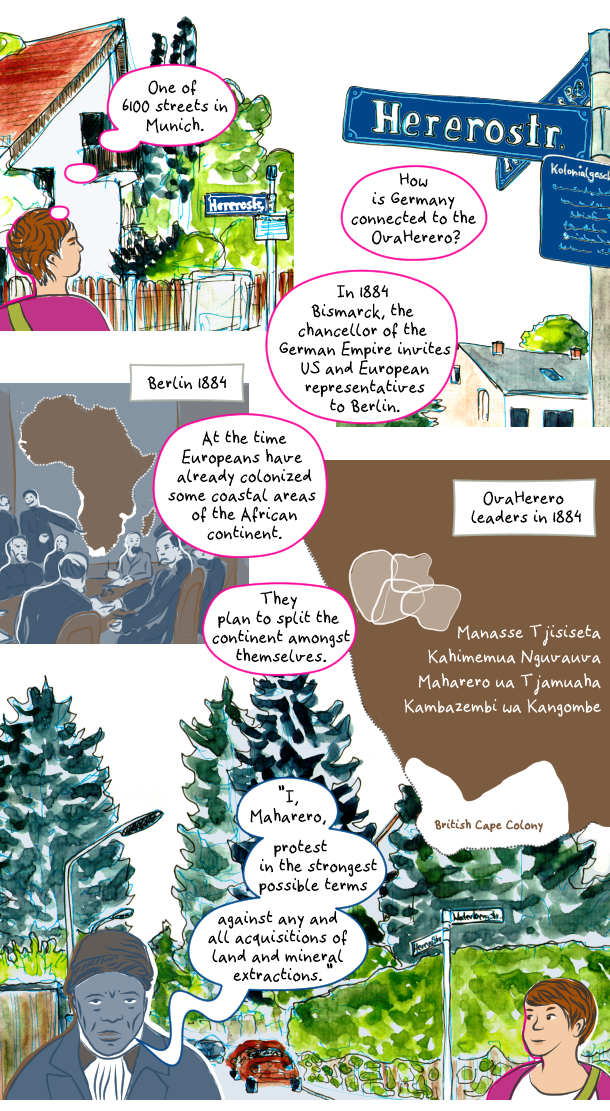 END_OF_DOCUMENT_TOKEN_TO_BE_REPLACED

For the eleventh year I am drawing at least one panel per hour I am awake. Below the visual Comic find a text-based version, Screenreadable Comic Version. 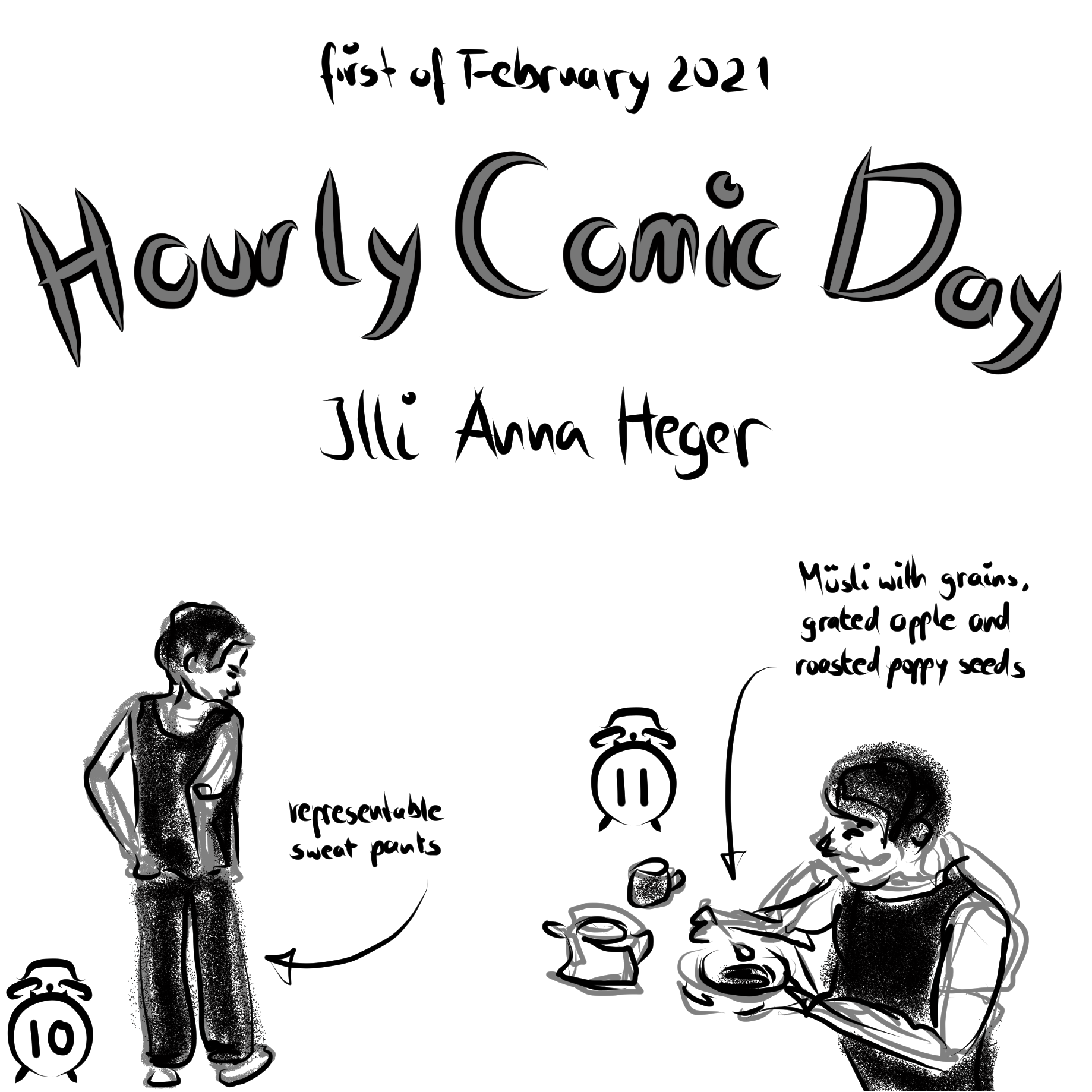 END_OF_DOCUMENT_TOKEN_TO_BE_REPLACED

For Goethe-Institut Wellington in New Zealand, Sam Orchard and me and went to have and draw Queer Comic Conversations. Sam Orchard is well know for his web comic Rooster Tails. This web-comic series was published simultaneously in English and German from July to December 2020. In addition to two pages of visual version of the comic, each episode contains a text-based version, a transcript where visual information is written out as text. More on the background on this can be found in my article on #ScreenReadableComics. More information on the background of the comic project can be found at the end of this page.

END_OF_DOCUMENT_TOKEN_TO_BE_REPLACED

On Sunday, September 27th, a coalition of non-governmental organisations invited round for the concerted action “DECOLONIZE MÜNCHEN – Kolonialstraßen umbenennen” (english: decolonzie Munich – rename colonial streets). It started at 10 am at the end of Von-Erkert-Platz in Trudering, an urban district of Munich. 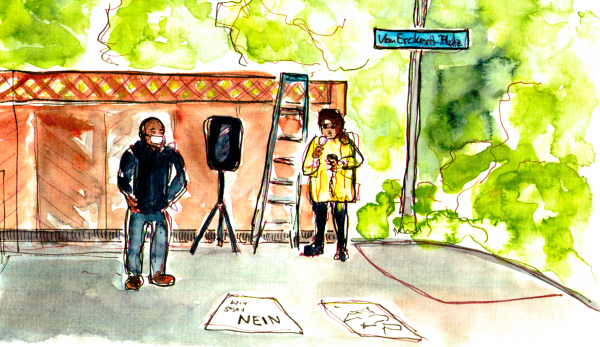 END_OF_DOCUMENT_TOKEN_TO_BE_REPLACED

The Monacensia in Munich invited Bloggers to experience their Erika Mann exhibition. They are part of the pubic library in Munich and host the literary estate of the whole Mann familiy. We were introduced to the house, their archival work, the Erika Mann exhibition and a lyrically live performance. I was watch and listened and kept sketching away.

Introduction of the library: “Monacensia operates as literary memory for Munich”. 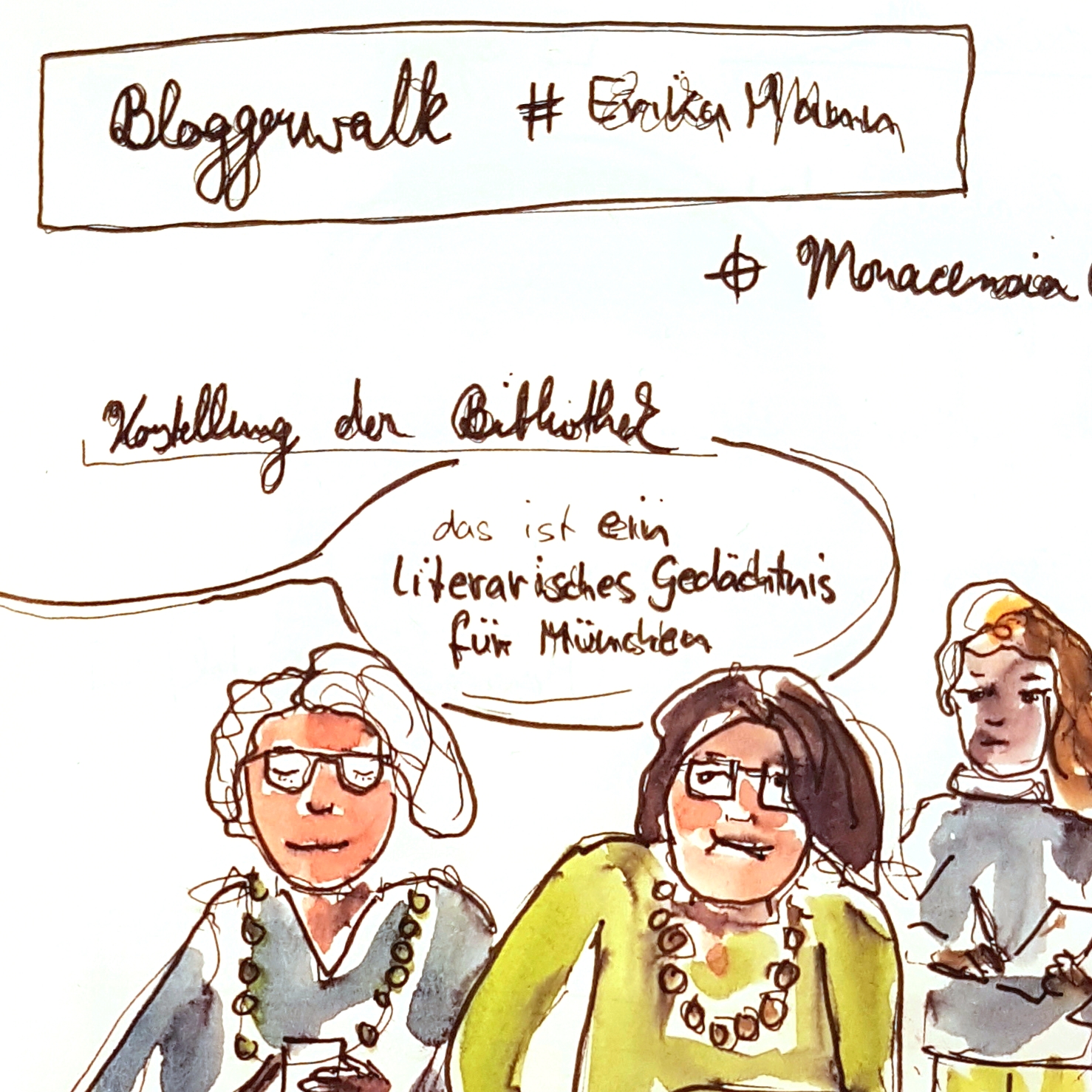 My ink sketches and a view of the Erika Mann Exhibition. 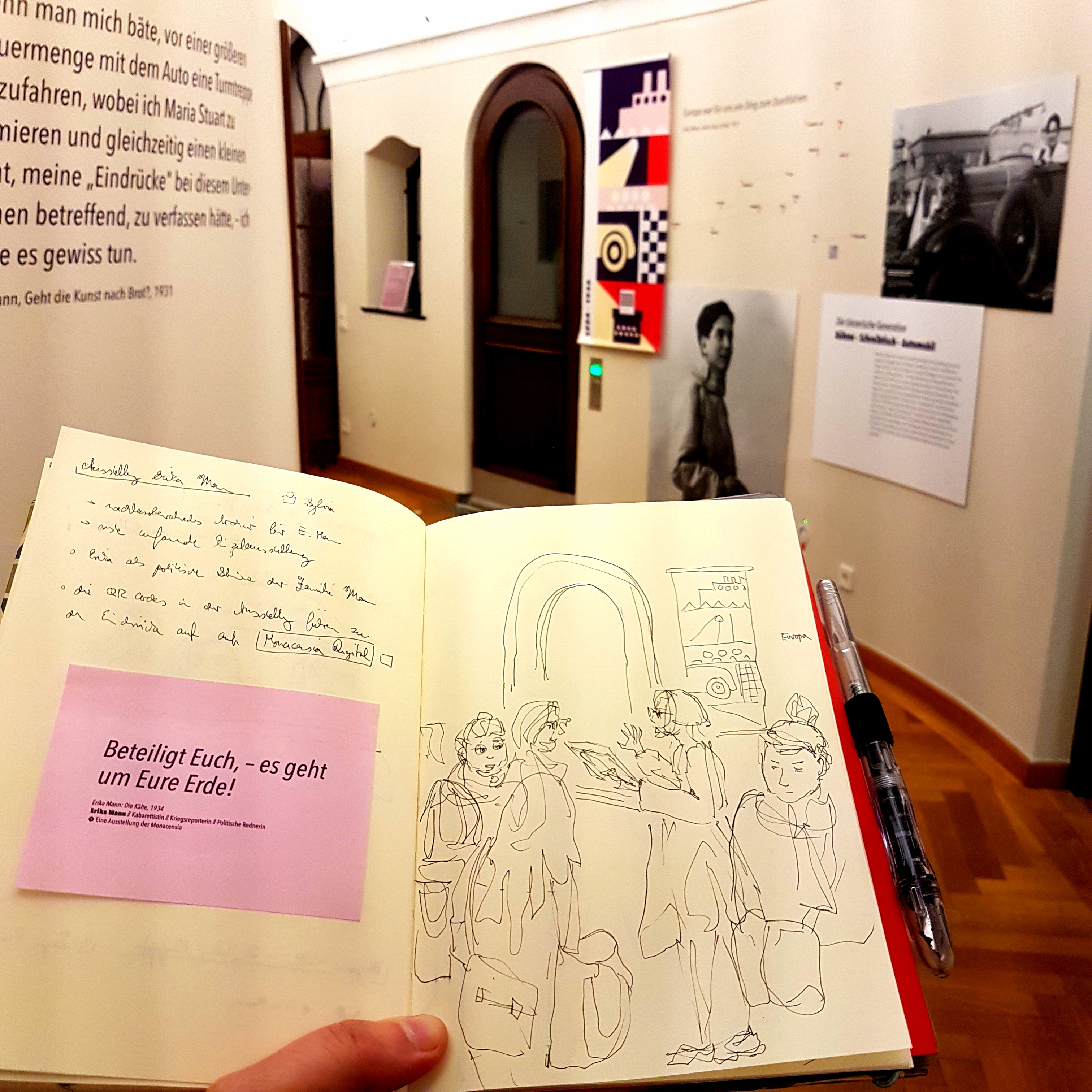